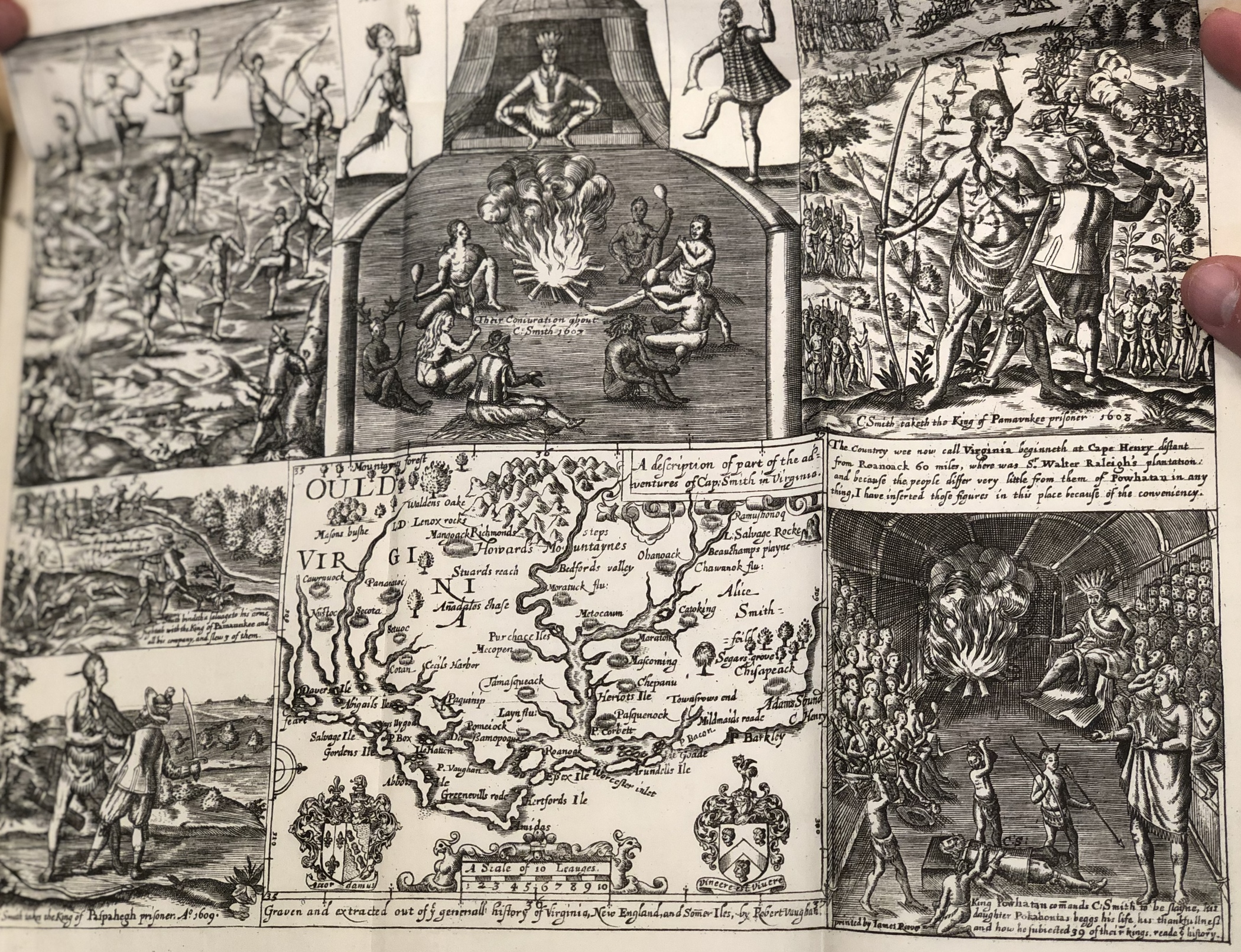 Frontispiece for John Smith's The Generall Historie of Virginia, New-England

For this project our class has created a virtual exhibit using 40 primary sources or "items" from the Rauner Library's special collections selected from the 17th and 18th centuries in order to paint a picture of colonial British America. The items we have chosen reflect the material we have learned in our class aptly named "Planters, Pirates, and Puritans." Our items have been separated into four categories: Histories & Other, Acts and Laws, Religious Thought, and Maps.

Our second category is titled "Acts and Laws." Acts and laws help tell the story of a time or place because often times the creation of new legislation is in response to something that is already happening. Our collection of acts and laws possesses a group of parliamentary acts, colonial legislation, and royal acts to show a diverse range of opinions.

Our third category is "Religious Thought." This category refers to printed bibles, statements of faith, sermons, and other religiously inspired literature that emerged out of England and her colonies during the height of puritanism in the 17th century. Most of the colonial sources are from New England because puritan religious thought was central to the establishment of colonies in New England

Another category we've created is simply called "Histories & Other." Our histories & other category refer mostly to written accounts by colonists about either potential locations for settlement or settlements in their early establishment. These written accounts give us valuable insight into the intentions for different colonies and settlements and allows us to better understand the way in which they developed.

Although we have sperated the items into these four different categories, these topics are interrelated and many of our items could have been in multiple categories. What is important is that they all help us to better understand a piece of British colonial American history and to understand the lives of the colonists, indigenous peoples, enslaved peoples, and others who lived during the time.