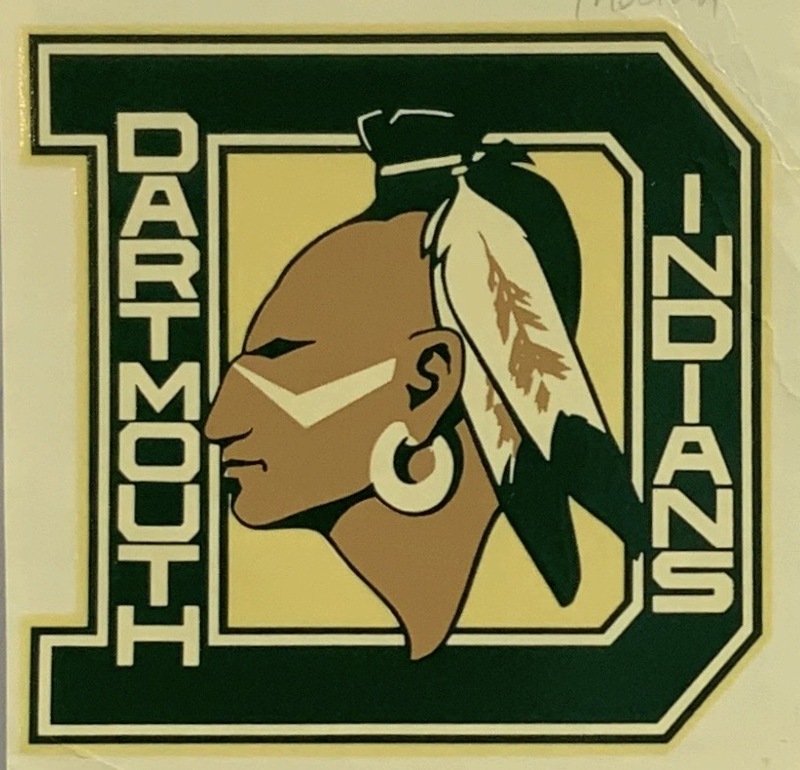 In the last half-century, a widening effort to retire Native American mascots, symbols, names, and logos used by sports teams and companies has swept across the United States. A multitude of professional and collegiate sports teams have undergone team name and mascot changes in recognition of the harmful effects of racial stereotyping and disrespect of the personhood of Native Americans. However, these changes did not happen without a fight. Immense effort and work was needed in order to begin to change Americans' social and political opinion of the symbols. Hence, the voices that are heard by society are of great importance in bringing about increased equality and dignified representation.

This exhibit tells the story of those voices that ultimately decided the fate of Dartmouth's College Indian mascot and insignia: the voices of students. From the conception of the mascot in the late 19th century to its removal in 1974, the student body changed dramatically in demographics as well as in opinion. After decades of use of the symbol by a predominately white student body and administration, the advent of an increased number of Native American students brought challengers who opposed the symbol's use. Studying the effect of Native American student presence on campus culture shows the vital importance of the inclusion of minority voices.

This online exhibit was curated during the remote 2020 spring term caused by the COVID-19 pandemic. Using online materials provided by the Rauner Special Collections Library, we sought to investigate and evaluate the emergence of the Dartmouth Indian symbol, its removal, and its legacy. Even in our remote research, we quickly noted the importance of minority voices in the history of the Indian symbol.

While Dartmouth was founded to educate and Christianize Native Americans, very few Native students attended Dartmouth before the second half of the twentieth century. In 1970, the College decided to continue its original mission and admitted more Native American students. After being admitted, these Native students expressed their disapproval of Dartmouth’s Indian symbol. Following many discussions with the administration, the symbol was removed.

Despite many efforts, the legacy of the Indian symbol persists, and it is our hope to highlight the Native American voices that fought against the unofficial mascot and symbol. In curating this exhibit, we selected documents that aimed to be both sensitive to the portrayal of Native Americans and informative. We hope that our exhibit inspires you to think more about the representation of Native Americans both at Dartmouth and nationally.

Lastly, we would like to thank the Rauner staff for helping us transition the exhibit to an entirely online format. Without them, such an exhibit would not have been feasible. Though we wish the exhibit could be published under different circumstances, the experience of curating an exhibit has been exceptional and irreplaceable. Thank you again for making this possible.