Culture and Identity in Modern Mexico

This collection of digital exhibits was created by students enrolled in the winter 2022 course "Culture and Identity in Modern Mexico" at Dartmouth College.

The Epic of American Civilization: Hispano-America

The course, taught by Dr. Bryan Winston, began with the reign of Porfirio Diaz and the outbreak of the Mexican Revolution at the turn of the twentieth century, continued through the 71-year political dominance of the Partido Revolucionario Institucional (PRI), and ended with the emergence of the Zapatistas and the challenges of globalization. As students surveyed primary sources, artwork, film, and scholarship, they grappled with the Mexican Revolution and its legacy, how ideas of mestizaje and indigenismo have shaped policy and culture, the promises and failures of land reform, and migration within and beyond Mexico. 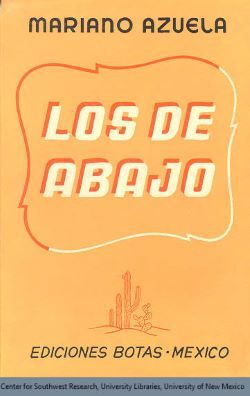 Fiction like Mariano Azuela's Los de Abajo (The Underdogs) as well as art like José Clemente Orozco's The Epic of American Civilization, which the students visited in Dartmouth's Baker-Berry Library, provided multiple avenues for engaging with the Mexican Revolution and generated discussions of Mexican national identity that permeate the digital exhbits.

Students also reviewed Mexican films, including the musical Allá en El Rancho Grande. The film's portrayal of an idyllic Mexican countryside and gender norms spurred questions related to these portrayals and inspired analysis in some of the digital exhibits below. Other exhibits were inspired by our class visit to the Hood Museum and a review of its collection.

The exhibits below are a culmination of students' course work and their own research. You, the viewer, will see how themes of national identity and indigeneity emerged in unsuspecting places, like tourism advertisements or sporting events. And when engaging with common markers in our narrative of the Mexican past, like the Revolution or the Tlatelolco Massacre of 1968, students have provided their unique interpretation. We welcome you to explore our interpretation Mexican history and culture:

These exhibits would not have been possible without the support of Dartmouth Library and the Hood Museum. Thank you to Laura Braunstein, Jill Baron, and Amelia Kahl.